One of London’s most cosmopolitan areas, Hyde Park is home to a very eclectic and diverse population. The area is lined with Victorian stucco terraces, attractive streets and garden squares. Aside from easy access to Oxford Street, Hyde Park, Notting Hill and Westfield Shopping Centre, it is in a great location for travelling in and out of London, particularly for Heathrow Airport. The Heathrow Express runs from Paddington (mainline) Station every 15 minutes, getting you to and from the airport with ease.

The park itself is one of the largest in London, famous for it’s Speakers’ Corner: the North-Eastern corner of the park where public speeches and debates often take place. Not only that, but it holds a massive lake where pedal boats can be rented, an array of sun loungers in summer, and often plays host to a selection of musical festivals.

Just north of the park is Connaught Village, a residential and commercial district with several designer stores and fashionable restaurants. The Hyde Park area is highly sought after for property, with flats and houses being sold very quickly when on the market. 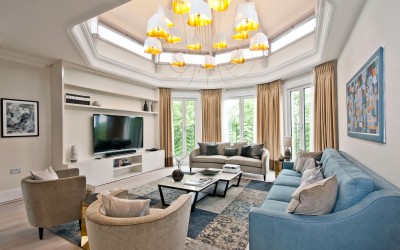